Suinda is located on the Upper Parana River, also known as the Alto Parana.   Home of the Golden Dorado and other freshwater species, this river provides the main artery for the great migration of thousands of Sabalo, a baitfish that the Golden Dorado follow up and down the river.  Suinda Lodge is perfectly positioned close to Itati, Corrientes and allows anglers new opportunities to pursue these beautiful game fish.  From log structures near the bank to sand bar flats in the middle of the river, rocky shores to underwater reefs and structure, this river provides its inhabitants with ideal ambushing situations.

The first month of our very first season at Suinda Lodge was challenging with the water levels constantly changing accompanied by unstable weather, both which are rare for this time of year.  Luckily, conditions began to stabilize last week and Stephan Dombaj, from the Fly Fishing Nation, landed a monster 31lbs Golden Dorado, the largest seen by any of our guides this year.  These are the fish, anglers dream about and come to the Parana hoping to catch.  But let’s back up a bit.

The month started with Oliver White coming to open the new Lodge with Photographer Matt Jones.  Both donning puffy jackets and rain coats the entire time due to a strange cold front that hit the area.  Daily, they braved the conditions and had a blast catching Pira Pita on dry flies rigged on a 5wt.  Week Two, Will Stephens rom Southern Drawl Fly Shop came with his wife and landed some nice Dorado.   Week Three, German photographer, Stephan Dombaj, mentioned above and record chaser, Meredith McCord came with client Trey Gurley, as well as Dorado seeking family: Gene, Jamie and son Michael from Kentucky. With the rains gone, temps returned to normal January heat.  Even with the weather conditions being up, down and all around, the fish are here.  All anglers saw monster dorado rolling all throughout the river, the key is to just keep casting, as you never know when the big one will bite.  It is all about being at the right time and place when they turn on.

Thus far, the number of Sabalo in the river system is extremely healthy.  Anglers are seeing thousands and thousands of these baitfish holding and migrating along the shorelines of islands and flats.   The Dorado are often found patrolling the areas, calmly and collectively around and within the schools of Sabalo until they suddenly decide it is time to eat.  The attacks are violent and quick.  Each fisherman’s hope is that he or she will be there with a fly in hand  when the Dorados appear and make their ambush.

While the dorado fishing has been not up to normal standards, several dorados between 15-22lbs were landed, finding fish both in shoreline structures and one on the sand flats.  On the other hand, Pacu fishing has been excellent.  Thus far, almost every Suinda visitor has caught 1-3 Pacu using both berry and fruit flies, even had some takes on the dorado streamers.  The biggest pacu of last month was 16lbs found between the logs eating fruit.  Other species that entertained our anglers during the month of January was the Pira Pita, cousin to the Golden Dorado, but usually smaller and more silver or white in color.  These fast predators eat just about anything and live under brush overhangs and around wood structures near the bank.  Fighters, like their cousins, our friends and clients found these fish especially exciting to catch on their 5wt and 6wt rods rigged with a dry fly.

The forecast:  The fruit trees are full and the berries ripening on the branches.  With the shedding of these tasty morsels, I am sure we will see more and more Pacu and Pira Pita being sight casted to in our reports and with the increase of numbers, I believe we will see larger ones as well.

Bottom line to this fishery is to never give up and to keep hammering the fishy spots.  They are here, just got to trick them, just like Stephan did with his 31 pound beast. 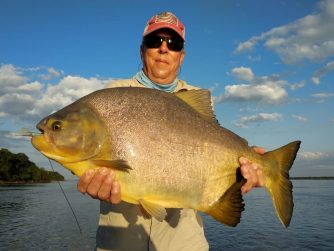 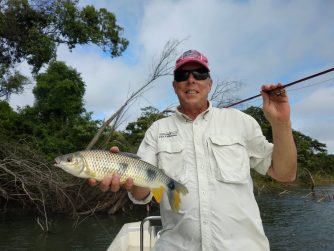 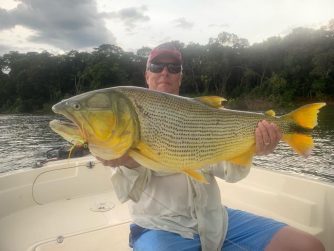 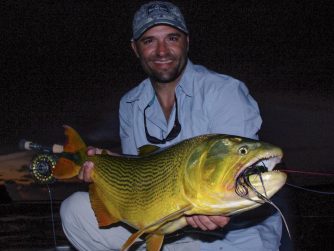 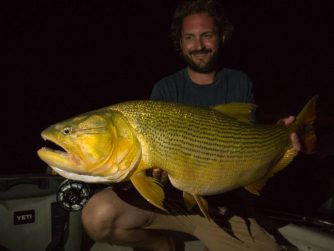 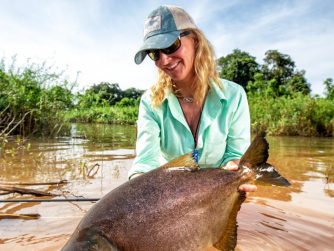 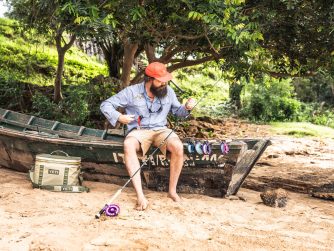 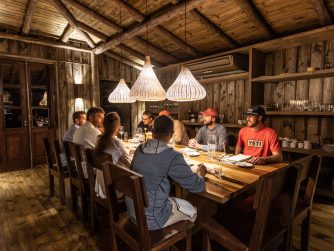 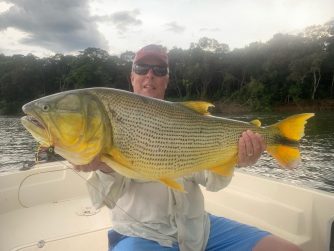 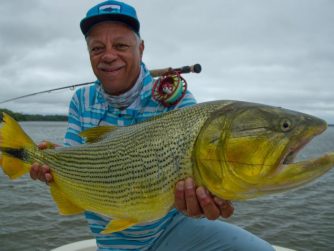 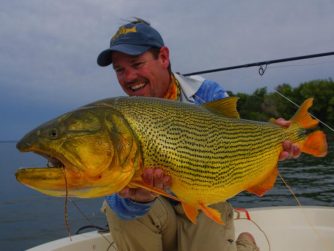 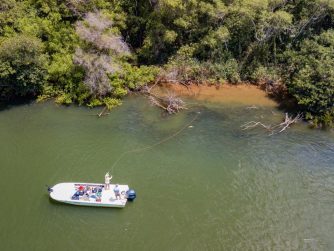 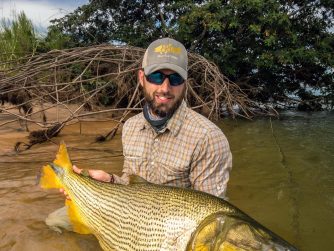